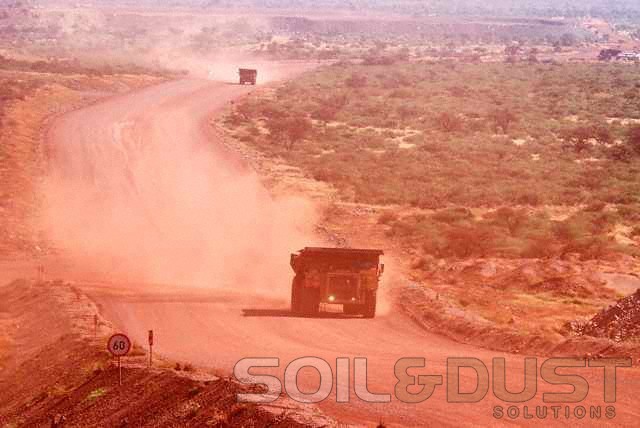 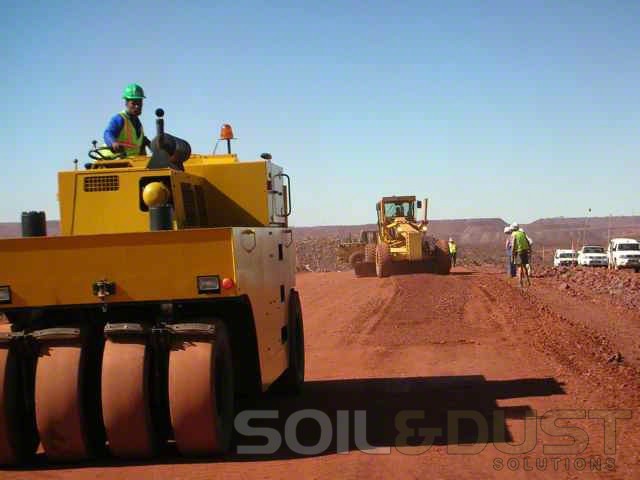 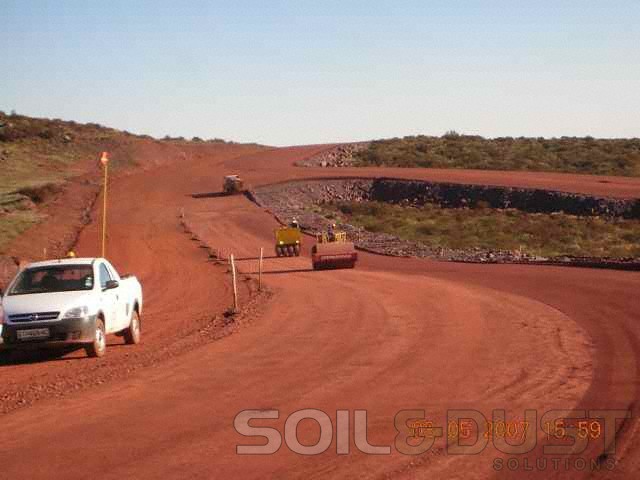 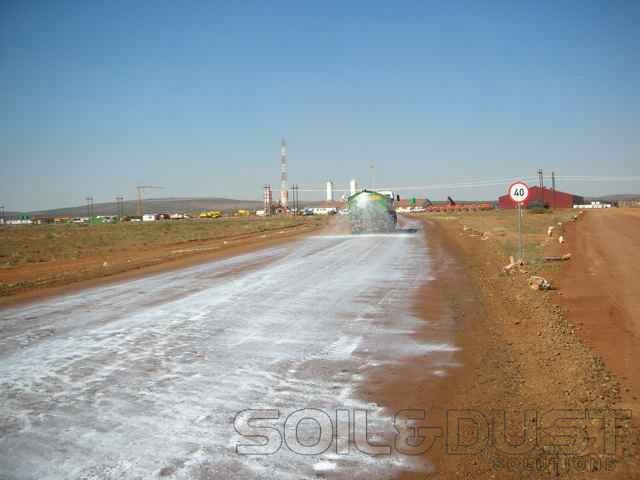 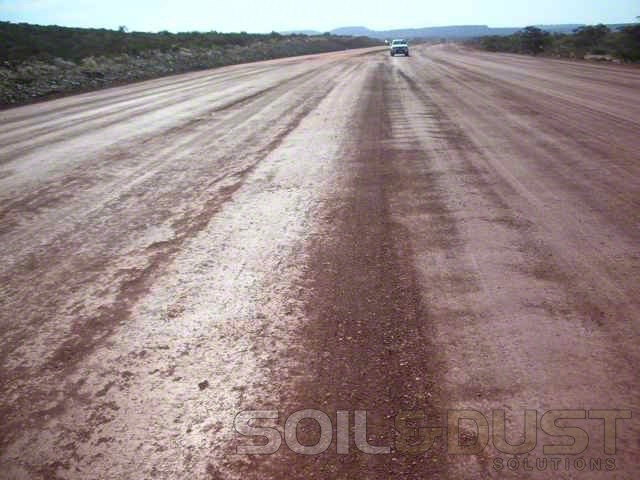 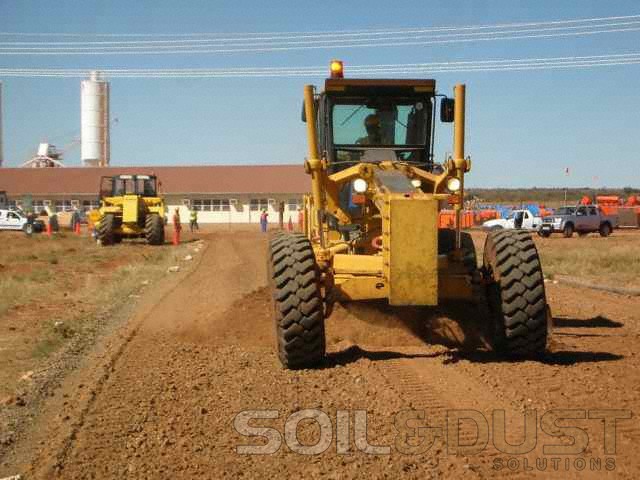 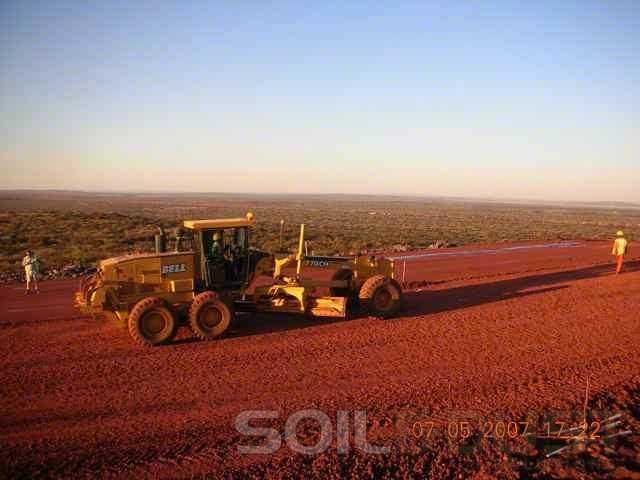 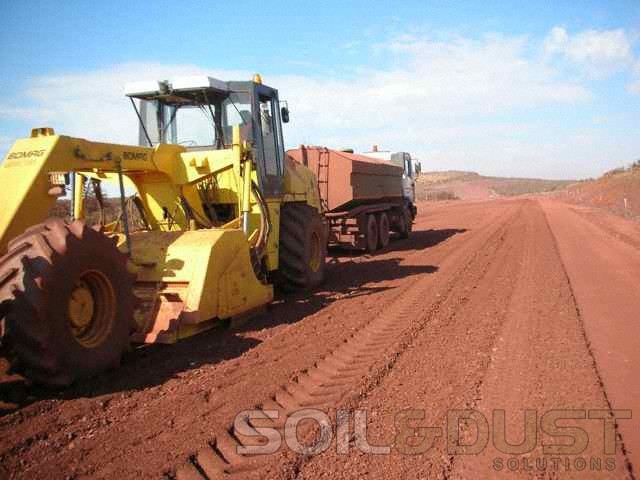 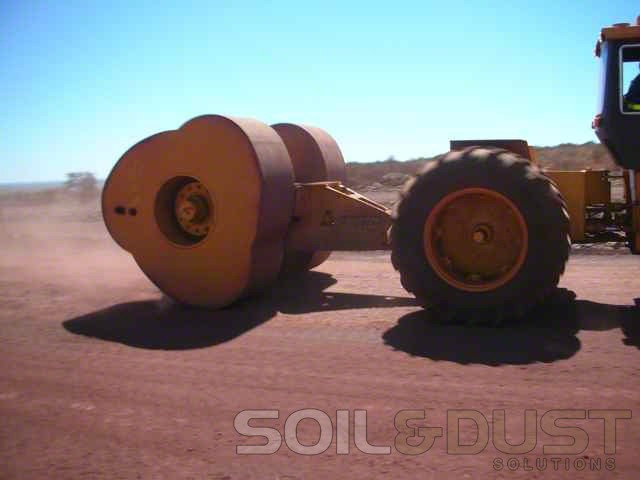 The test sections constructed by Soil & Dust Solutions, the South African Agent for Soil Solutions, at ASSMANG Khumani Iron Ore Mine in South Africa, underwent the most extensive on-site testing ever conducted for an alternative soil stabilizer. These results together with independent accredited laboratory testing conducted by Geostrada and Africon led to the contract to construct the mine haul roads being awarded to Soil & Dust Solutions, as well as the Crusher Tip area (the largest Crusher tip in the southern hemisphere), which as of May 2009, had seen over 2.5 million tonnes of haulage with no wear or tear. The result and performance level obtained by Soil & Dust Solutions has yet to be matched by any other construction methodology.

The in-situ material was tested in the laboratory, the mix design was determined and then the construction began. The subgrade was constructed to the proper finish grades and elevations (line and levels) as indicated on the plans. The amount of water required to bring the material to the Optimum Moisture Content for compaction was determined using the proctor test. The surface was scarified to depth and the EBS was added and uniformly mixed using a Reclaimer. All clods, lumps, and rocks over 40mm were removed from the surface.  The surface was then compacted to 95% using vibratory and pneumatic rollers followed by a 15-ton steel drum finish roller. Once final compaction and shaping were complete the surface was left to cure. A surface seal using the EBS Soil Stabilizer was applied using 4 coats over the entire wearing course surface, left to cure and then the roads were opened for traffic.